The Digalox® Industrial IoT Platform is a comprehensive, complete solution for the integration of machines and devices in the industrial sector. On the one hand, it includes the Digalox® Hardware Platform, consisting of measuring, control and networking devices. The second component ist the Transconnect® IoT Software Platform, consisting of an integration server, various databases and corresponding application programs for visualisation, monitoring, alerting and administration.

The data acquisition and machine connection can be done in different ways. Measuring and counting devices of the DPM72 series can be attached directly to the corresponding measuring points of the machines. The DPM72 devices have two measuring channels and serve as direct measuring devices for current, voltage and power, current at the current transformer or shunt. They can also be used as process measuring devices behind a sensor with a standard signal output and as counting devices for pulses or operating hours. 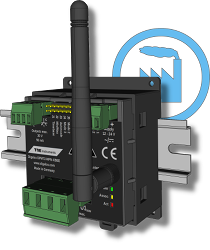 As an extension of the DPM72 models, the devices of the DGLX modular series have a flexible plug-in card system and can be equipped with up to three cards, e.g. standard signal measurement, 3-phase measurement, digital I/O, Pt100 temperature sensor, quadrature encoder, relay, solid state relay, analogue output, etc. The measured values ​​are recorded and processed in the DGLX device. A programmable logic unit enables calculations or the execution of smaller sequence controls directly within the device.

The Digalox® Industrial IoT Platform uses an XBEE 2.4 GHz wireless mesh network to connect the devices. The mesh network has the advantage that each network node also functions as a router at the same time. In this way, dynamic networks can be formed with a significantly larger area than would be possible with simple radio links (such as WiFi). The Digalox DPM72 devices have model variants with an integrated radio module. Other devices from e.g. third-party providers can be connected via the Digalox® XBEE Extender via fieldbus (RS485). 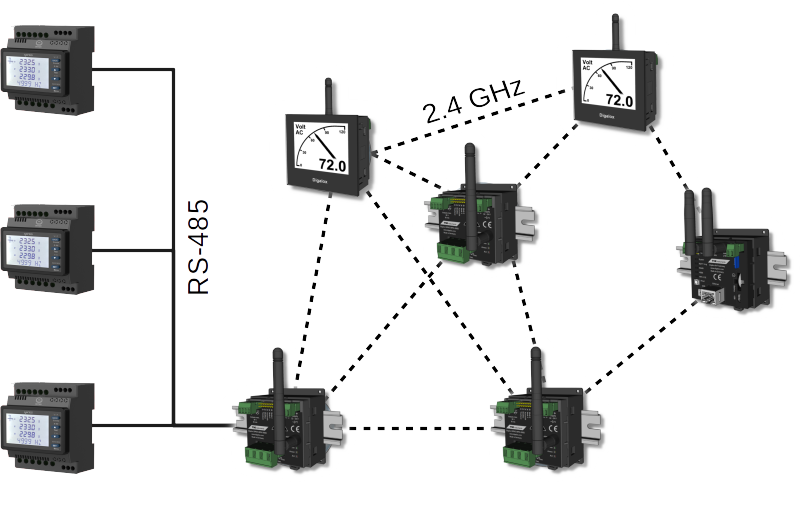 The Digalox® Industrial IoT Gateway serves as the central communication node. XBEE wireless mesh network, RS485 fieldbus and another radio link, e.g. Bluetooth Low Energy (BLE), WiFi, or LTE-NB-IoT can be merged and coupled with the Industrial Ethernet. The Gateway communicates with the Transconnect® IoT Software Platform via Ethernet using MQTT in order to enable services such as telemetry, metadata transmission or the reception of control commands.

The Transconnect® integration server forms the software core of the Digalox® Industrial IoT Platform in combination with databases specially optimized for this purpose. Thanks to its flexible adapter concept, the integration server enables the consistent connection of a large number of different systems. Internal processing guarantees transactional security, data security and consistency through the asynchronous processing of message packets. These are stored persistently within Transconnect®, so that the correct processing of all packets is guaranteed - even in the event of a system failure or the non-availability of external systems.

Transconnect® manages the actual measured values and control data as well as the metadata of all connected devices and systems. The data is stored in a database specialized in the mapping of time series and made available to the visualization and monitoring components as well as other systems. The specific processing steps are generated using graphic modelling. This way, simple or complex processing operations can be created and maintained in a user-friendly manner. Thanks to the flexible adapter concept the integration of further application systems such as Enterprise Resource Planning (ERP) or Manufacturing Execution Systems (MES) is easy to implement.

The Platform offers freely configurable browser-based dashboards and analysis views for the visualisation of measured values ​​and machine states. There, the stored measured values ​​are prepared clearly and visually appealing and made available to the user in near real time. All metrics can be analysed interactively and enriched with variables and annotations. The alarm system can be used to trigger alarms when certain values ​​are exceeded or not reached, which alerts the user to any irregularities or events via email, SMS or other channels. 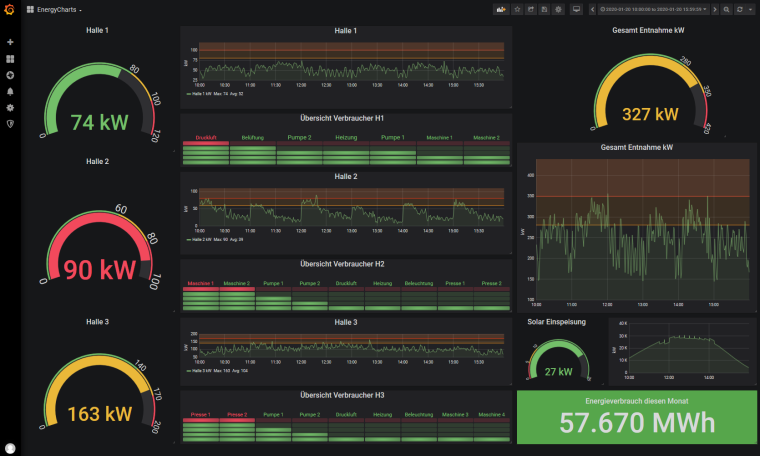 The central application Transconnect® Manager enables the management of the platform, of the integration server including adapters and data flow processes, of the databases and all connected devices.